As part of GIAF 17, audiences were invited to take part in a spectacular architectural event devised by the French artist Olivier Grossetête. Over four days, thousands of cardboard boxes were transformed into the building blocks of a democratically assembled building, created solely through human power and collective endeavour. 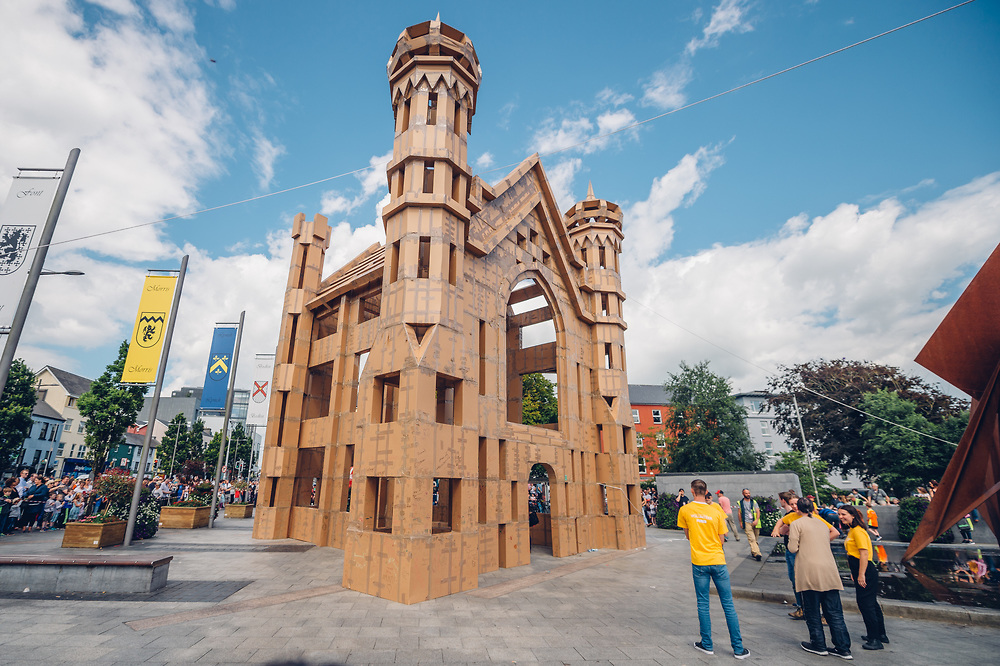 First, a dedicated team of volunteers was recruited to assemble the building materials. They worked together over a matter of days to ensure each piece of the structure was ready for its debut. The public then watched in amazement and played a formative role as an extraordinary new structure rose from the ground all in one day through the sheer will of people working together for a common goal. 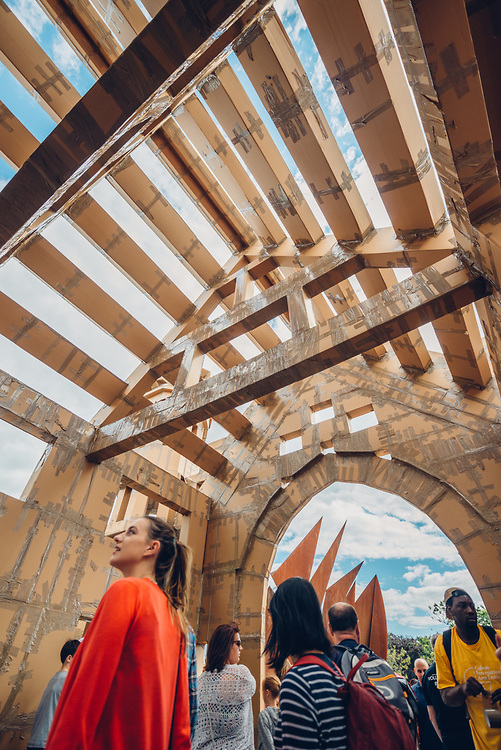 Once the structure was completed, audiences had a chance to admire it before the audience and volunteers joined forces in a massive celebratory demolition and the cardboard building came tumbling down. 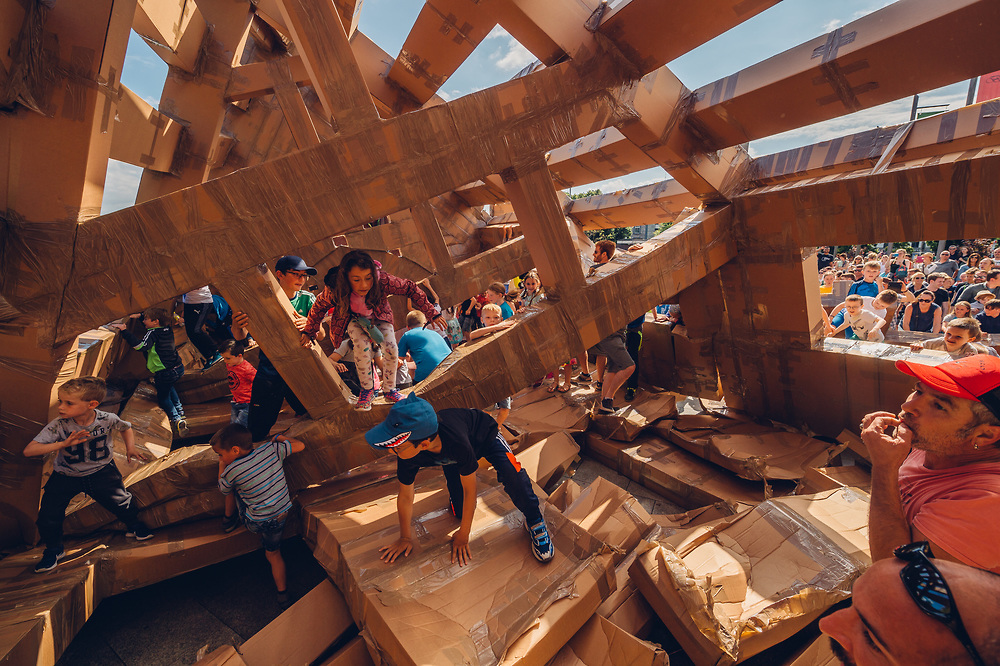 The People Build has captured the imagination the world over from Australia to South America and Asia to Europe. Grossetête was excited to bring a special, iconic Galway building to life for The People Build’s GIAF Irish debut: the Aula Maxima at NUI Galway.

Want to be part of the fun at Galway International Arts Festival? Check out our incredible volunteers and visitors pulling off this fantastic feat, then click here to join us for events in 2018!

Looking for more from Galway International Arts Festival? Be sure to subscribe to follow us on social media: