Have a look at how our stunning cover for the 2018 GIAF programme came to be!

Over the course of Galway International Arts Festival’s 40-year history, the programme and poster have become collector’s items which adorn the walls of homes all around the world.

For this year's 41st programme cover, we’d like to take you behind the scenes of the 2018 Festival image, which features the fabulous Stephanie Dufresne. As you can see, there was lots of orange!

GIAF’s Artistic Director, Paul Fahy, together with the creative team on this year's shoot, have once again come up with a striking, vibrant and dynamic image. 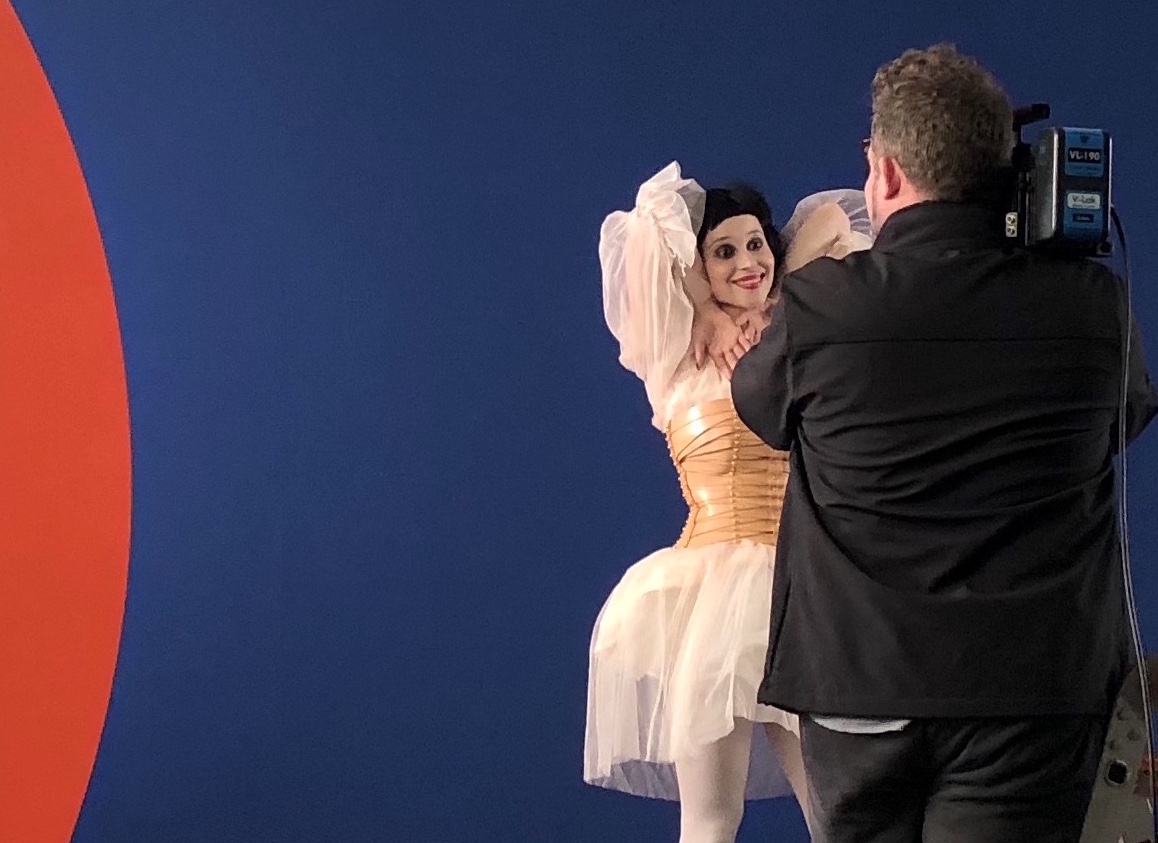 A lot of work ('fun work' of course!) goes on behind the scenes to create the final images which you get to see on the programme cover. Here’s this year’s team: 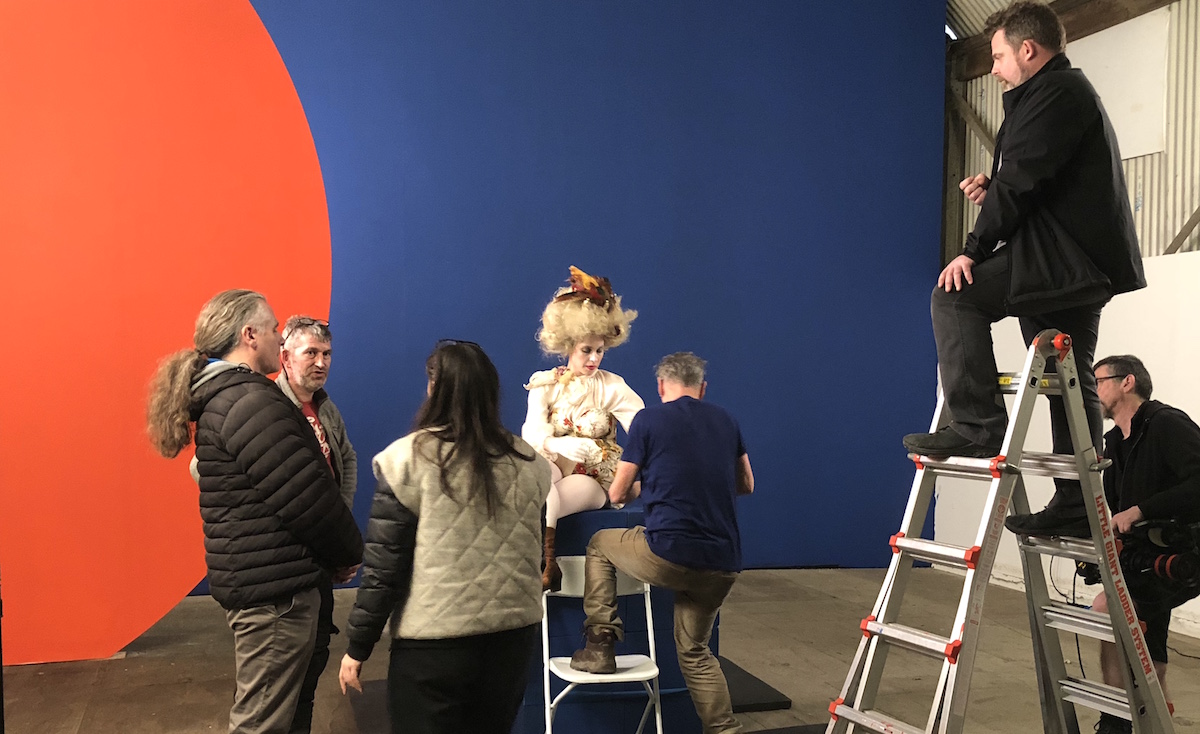 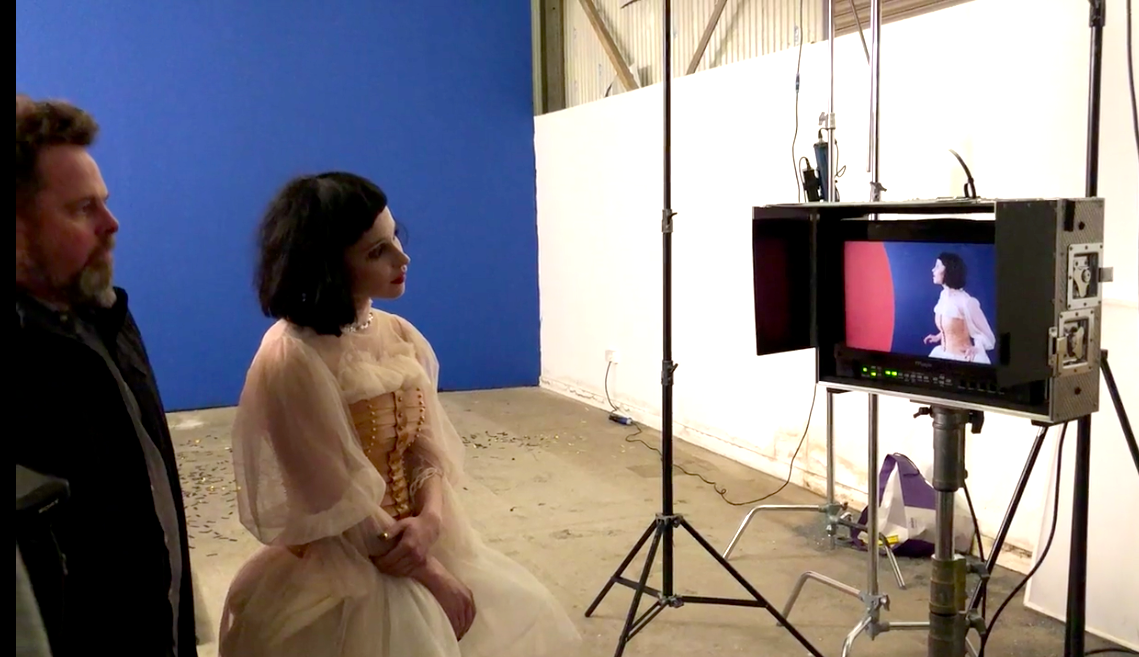 The cover shoot took place on Sunday April 15th in the space known as The Shed, on the Middle Pier at the Galway City Harbour, owned and managed by Galway Harbour Company. A venue frequently used by GIAF, and other Galway arts organisations, The Shed was perfect for this shoot. 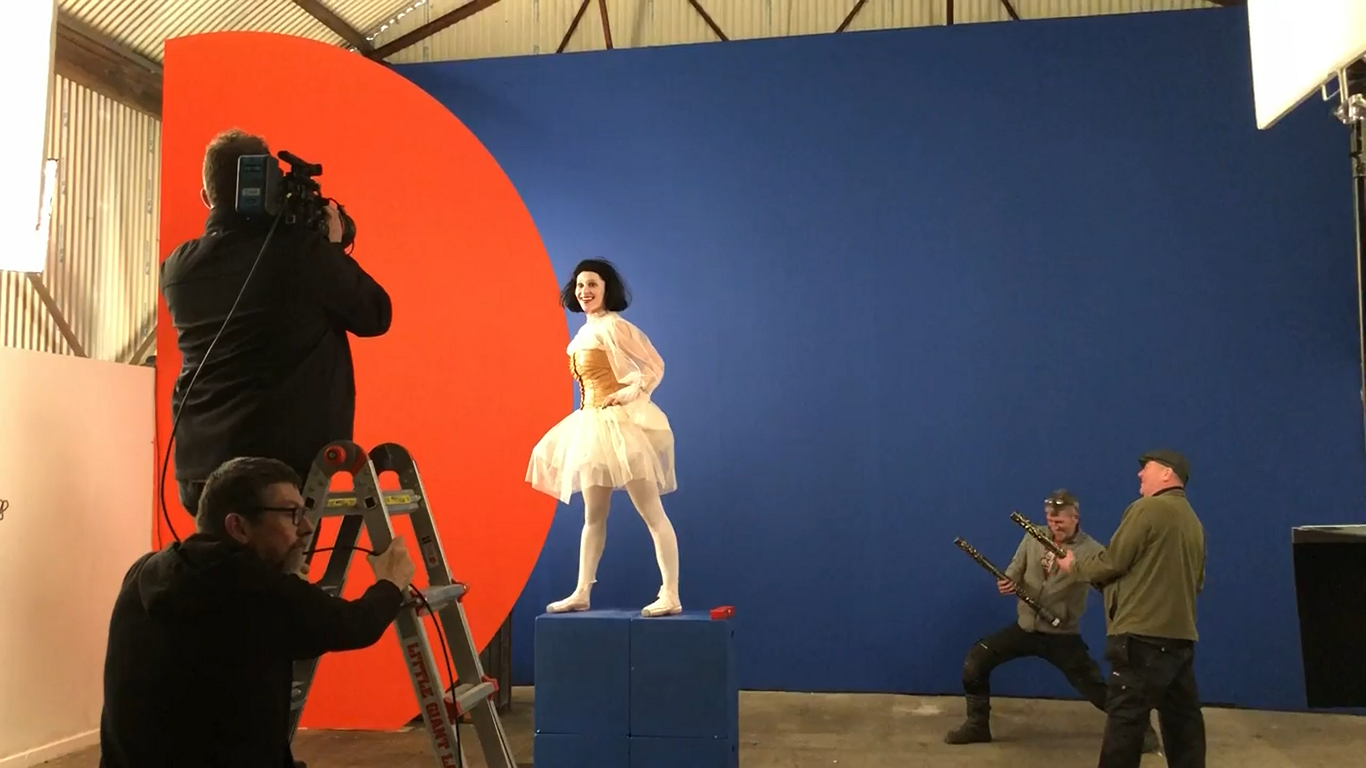 These are just some of the costume choices, carefully curated by the supremely talented stylist and costume designer, Triona Lillis. Triona's career in costume design includes work in theatre, film and TV. She is also a designer with The Tweed Project. 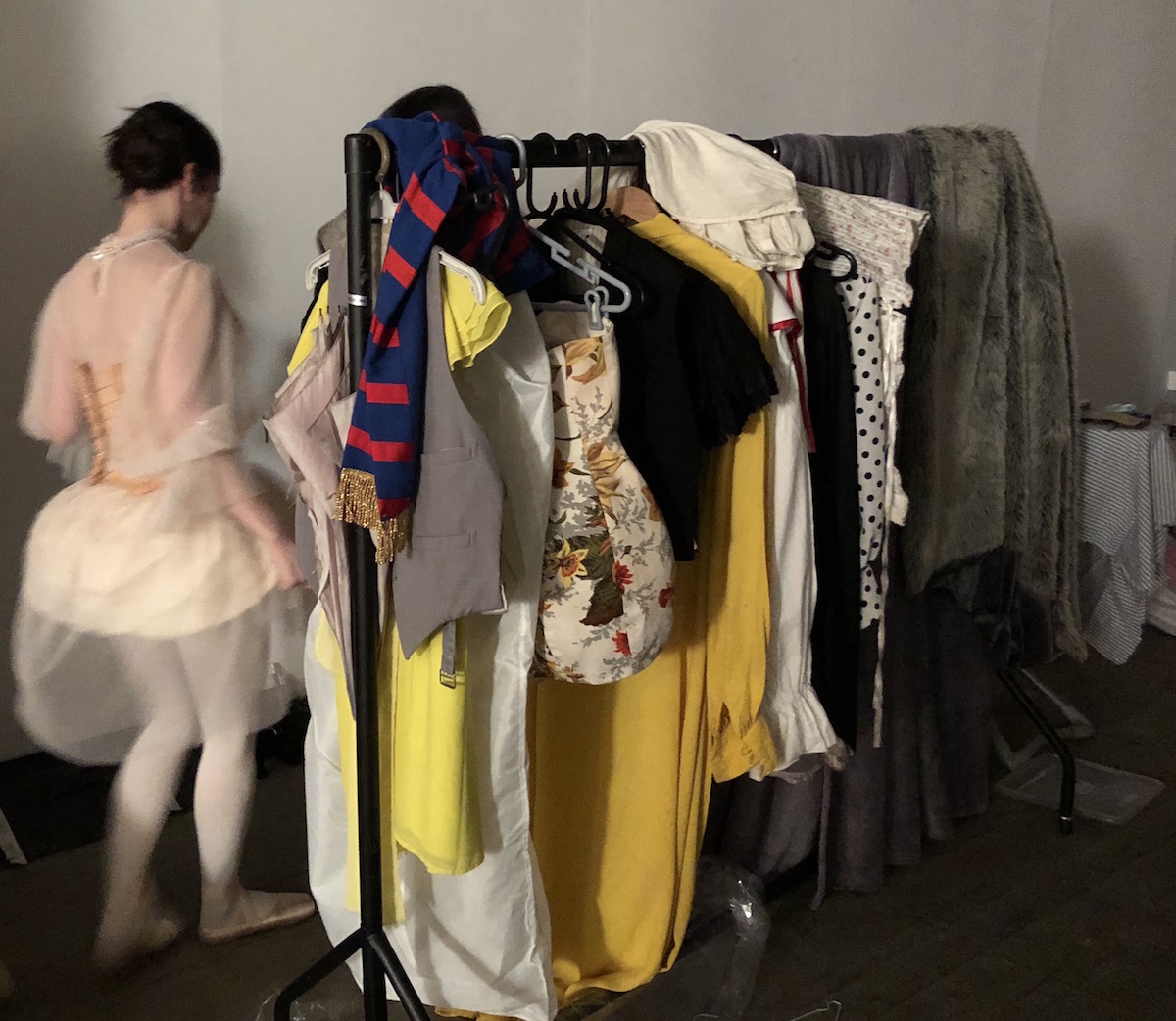 The chosen outfit was a leather bodice designed by Úna Burke, an award-winning luxury leather outfitter. Previous clients of hers include Rihanna, Madonna, Lexus and The Hunger Games. 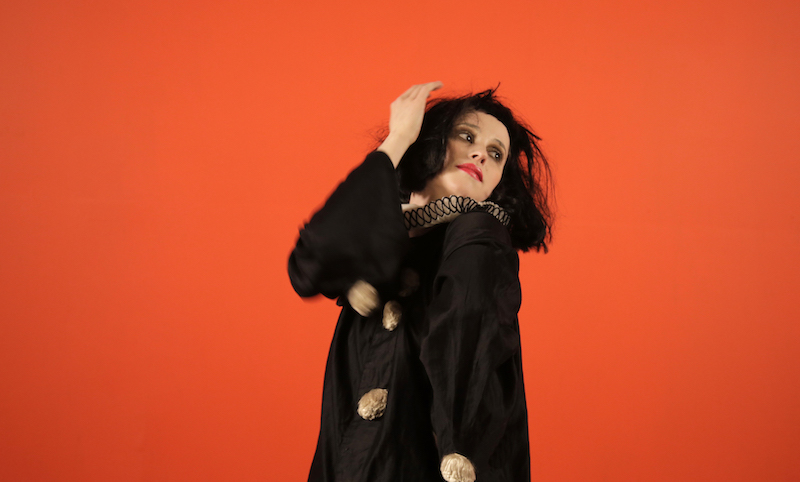 Stephanie Dufresne is a dancer, actor and singer from Galway who is now based in Dublin. Stephanie also appeared on the cover of the 2017 GIAF programme.

We asked Stephanie what it's like to be the 'face of GIAF18' and here's what she had to say:

"Terrifying! No, honestly it’s brilliant. I love the images and my favourite part of last year was receiving daily selfies from my mates around Ireland leaping up and down in front of the posters recreating them for me. Keep ‘em coming guys!"

Not only does Stephanie feature on our programme cover, but she will also be appearing at the Festival in Irish National Opera’s production of Orfeo ed Euridice in the Town Hall Theatre from 23-29 July.

And here are the final three cover images. Do you have a favourite? 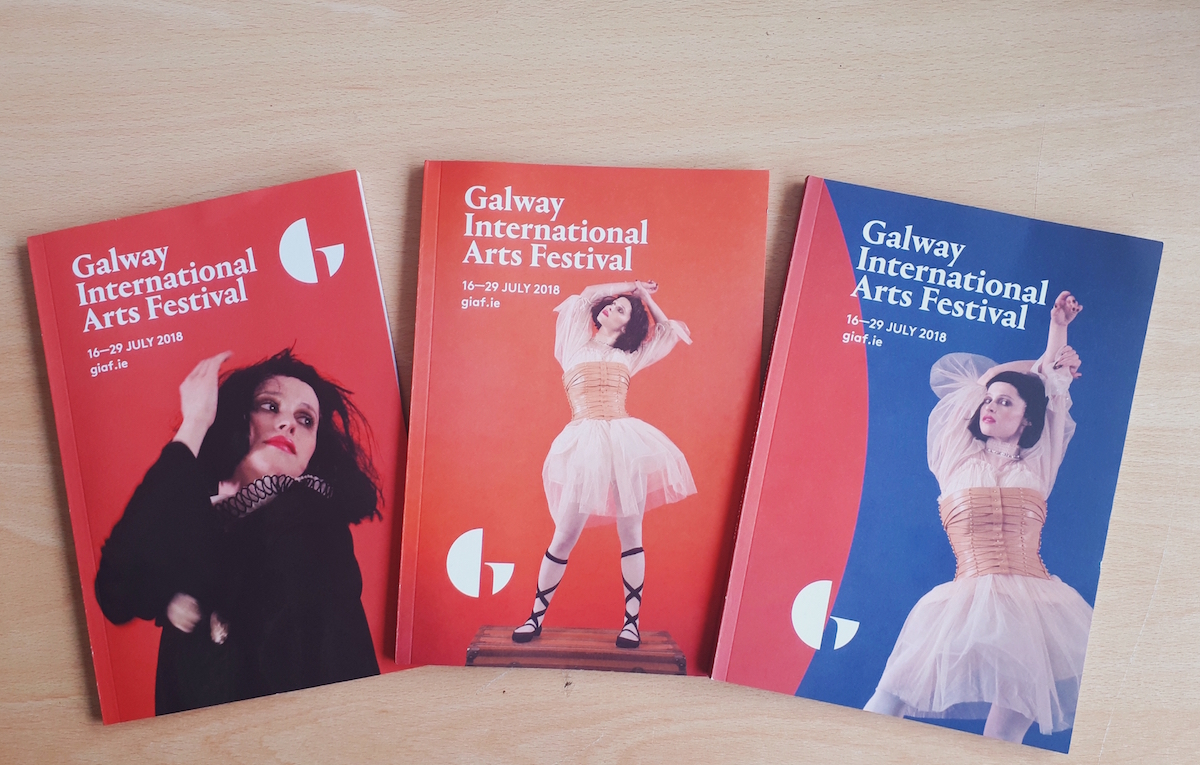 Have a look at how it all came together: